Muzika
This text will be replaced by the flash music player.

the activation of powerful, ancient energy 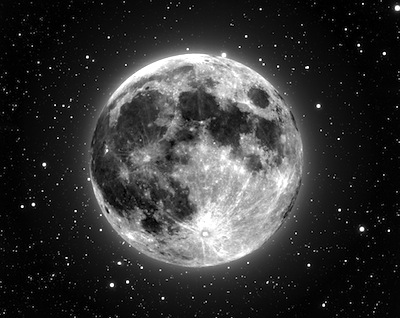 According to yoga, we get positive and negative energy from the Sun and the Moon. The Moon energy gives us the inclination for spiritual paths, religions, mystique, art, artistic creation and for all those other things that give us the inner peace, bliss, self-realization and self-cognition.

The Moon salutation (Chandra Namaskar) presents series of exercises which initiate different kind of energy than the Sun salutation. Unfortunately, it is completely unknown and it cannot be found in the literature. It is done when it is the full moon and that is when the female energy is activated. It starts with warming-up which lasts about an hour , followed by meditation (Chandra Namaskar) and then one stays lying around ten minutes listening to ritual music (that I once again found accidentally) where I occasionally add sounds of the Tibetan dish I had brought from Indonesia.

Anyway, science recently confirmed that the Moon had actually brought life to the Earth, through gravitation, flux and reflux, mixing water and heavy matter. That is how the seasons were created. Concerning the influence on human psyche, many people think that it is just a suggestion that stemmed from movies.

According to our experience that is not true because we did these exercises when there was and when there wasn’t the full Moon. The difference was drastic. Since the students didn’t know it was an experiment, the influence of suggestion was absolutely avoided.

When it was the full Moon, the effects of Chandra Namaskar were so strong that many of them weren’t capable of talking after the class. The effect lasted for several days and this sort of bliss is hard to describe.